The Porta Terrarum is a Device created by Alexander Eliot as part of a grand machine built to open doors to other worlds.

It Came in three parts.

Alexander Eliot possessed the first two parts but kept the third a secret from even his assistant Jason Moriarty .

During The Eliot Device saga the town of New Babbage was sent into a treasure hunt frenzy as residents searched high and low for the missing pieces.

On one occasion the Town Mayor Shaunathan Sprocket announced that The Bowstreet Runners of Babbage had discovered the whole device in an undisclosed location. This later turned out to be a fake probably created by someone wanting reward money for any information found.

The Port Terrarum Device now sits broken and fused in the secret room under the Imperial Theatre‘s Stairs, a popular tourist attraction. 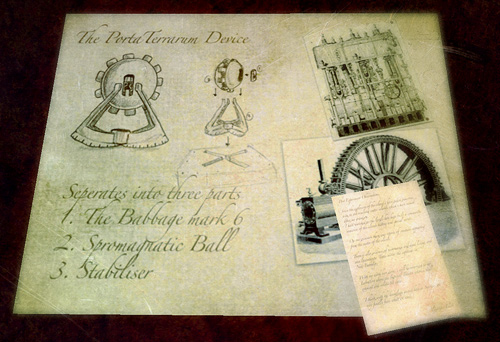 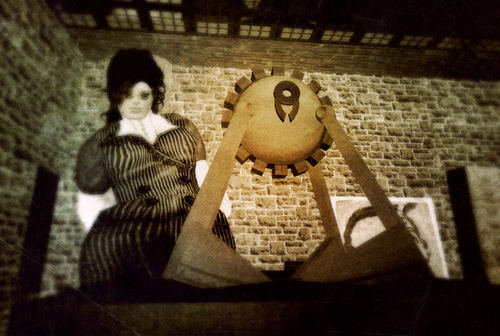 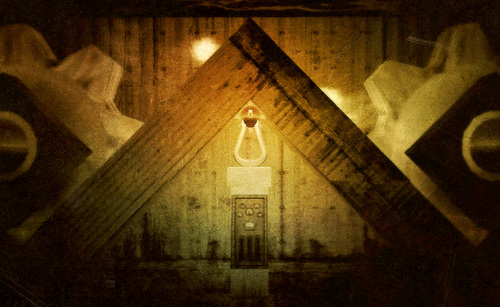 Information donated by Jesper Renfold of the Van Creed