== New Babbage is an independent city-state with an urban Steampunk theme within the virtual world of Second Life. ==

* Founded by Shaunathan Sprocket in January 2007.

* Academy of Industry originally appeared before the arrival of Wheatstone Waterways in August of 2008, then was later moved south of the Vernian Sea to create Clockspire Cove.

* Clockspire Cove, a homestead sim built as the lair of Doctor Obolensky, sunk back into the sea during the openspace sim fires of November 2008.

* Shaunathan Sprocket stepped down from his position as Mayor when he declared elections during Founder’s Week in January 2009. The landed population of New Babbage was instructed to choose their next Mayor by voting on who would have the right to buy then 6 sim estate from Mayor Sprocket. Candidates were, in order of declaring candidacy, DreddPirateBob Streeter, KlausWulfenbach Outlander, Aeolus Cleanslate, and Mosseveno Tenk. Bob stepped down from candidacy early in the campaign. Mosseveno Tenk won the elections and was sworn in as New Babbage’s second mayor in February 2009.

* October 2011, North Fells homestead brought online to replace mainland sandbox space that had been maintained for city use.

Ordinal Malaprop’s original parcel map of Januray 27, 2007 could be found on the ning which includes a list of the original builds, but was lost when the ning was lost to the aether.

The earliest recorded machinima is a tour of the square and Kahruvel Steamworks, recorded by Osprey Therian on Jan. 15 2007. youtube

An old capture of a map from the Square and Canals days was found by Skusting Dagger, but was destroyed on the ning

An SLURL map capture that was taken Jan 12, 2009, showing the city at the end of the Sprocket administration. 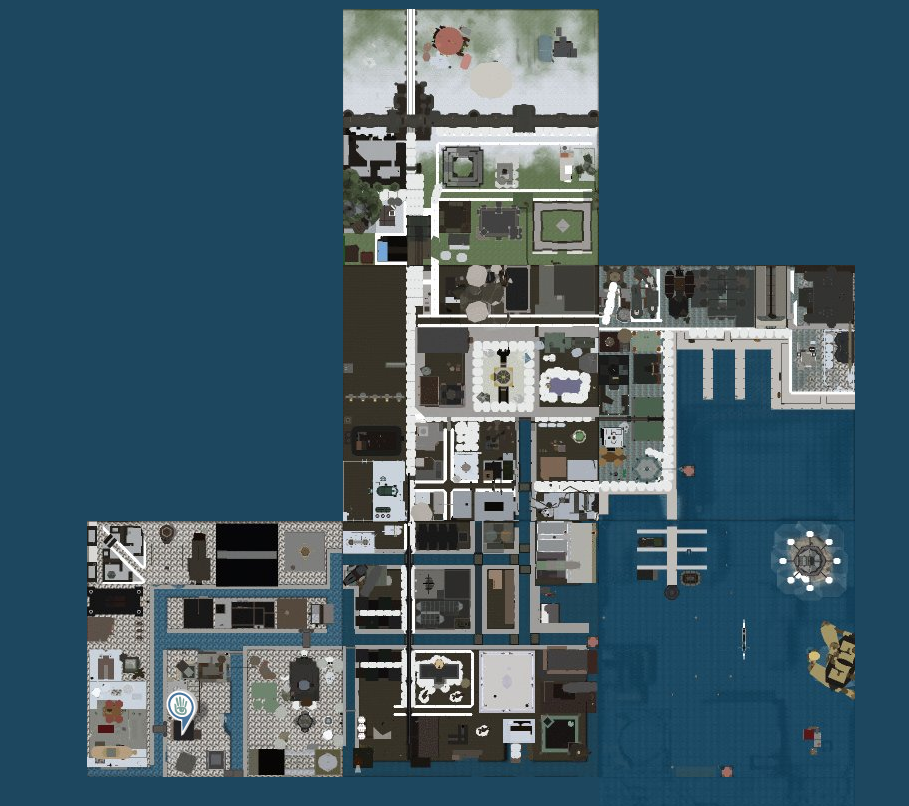 New Babbage has an online community located at https://cityofnewbabbage.net