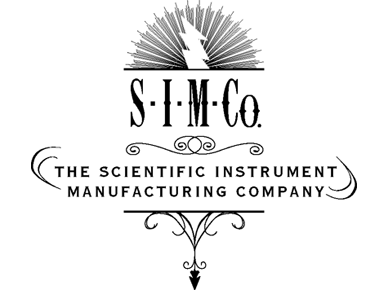 Standing outside of Shockley Hall–as SIMCo employees worked to disengage the emergency shielding that had encapsulated the institute all winter–Mr/Lord/Dr/Professor Dendrite turned to me, shook his head and muttered, “You idiot.”

Forbearance is not Dendrite’s forte, nor is subtlety. When he and his team of technicians from SIMCo’s London headquarters came to the corner of Academy and Savory earlier that morning, rather than using the company’s secure messaging system to announce his arrival Dendrite instructed his junior to drop a few grenades on the institute from their hovering airship. It was an unforgettable wake-up call, to be sure. Still in my nightshirt, I tele-transported myself outside to find that grinning, multi-titled jackanape waiting for me on the street. “Just testing the shielding,” he said innocently. “Just being an irritating ass,” I thought venomously.

I was more at liberty to be angry at Dendrite (AKA Lord Vykus) for his loud, incendiary entrance than my staff. My gift for teleportation meant that, for the past few months, I was the only one able to freely enter and exit the institute after the emergency shielding automatically deployed sealing the building. When the protocol was triggered, an automated alarm signal at SIMCo HQ alerted our overseas colleagues that something had gone horribly wrong; fortunate for me and my staff since the shielding could not be deactivated from inside the facility and various pieces of special equipment were needed to carry out the operation.

“I’d forgotten about your power of sub-aetheric translocation,” said Lord Vykus (a tall, bespectacled scientist with broad shoulders and thinning gray hair) after a few minutes of my shouting at him in the street. “How fortunate you bear the Esselian Sanctions, Mr. Solo… all those curious tricks of yours. I’m sure they must come in handy on occasion.”

Referring to my powers of levitation and teleportation as “tricks” was an obvious attempt to belittle me. I decided to avoid taking the bait and to seek some small revenge at a later time.

“It has been entirely up to me to keep the institute supplied for the past few months,” I said. “After all this time, I’ve no patience for your cheek!”

“Go put some pants on,” said Dendrite in his most patronizing tone, “and tell your staff to prepare to vacate. Mr. Vegary!” he shouted to one of his underlings. “Start distributing the Woyzek wrenches!”

It should be noted that Lord Vykus is, in no way, my superior… as an executive or as a human being. He simply acts superior to everyone, his way of communicating to people that he is an aristocrat in his home country of Ostro-Eisenheim while conveniently side-stepping the fact that he is no longer allowed to even set foot within its borders.

Having spent the bulk of my rage (for the moment), I teleported back into the institute to get dressed and alert the staff that they were FINALLY about to be released. Once that was done, I went back outside where the team of workers, equipped with magnetic suits and suction grapples, were climbing all over the building using release mechanisms on the key plates, thus allowing columns of mechanized metal shielding to retreat into their standby positions beneath the Institute.

Dendrite gave me a scornful look. “You idiot! Didn’t you know all you had to do was cut the external power links from the main steamworks? It would have weakened the magnetic interlocks considerably. You should have at least been able to force the front door open and get your men out.”

“There are fail-safes and backup systems,” I said. “That wouldn’t have worked.” The truth, of course, was that it might have worked, but if it didn’t, we’d have had to rely entirely on the institute’s generators… and me constantly teleporting buckets of coal in to fuel them. I decided not to give the great prancing ass another opportunity to mock me by telling of our ill-fated attempt to gain early release by depolarizing the security shield from inside… which turned it into a gigantic electromagnet and caused a rapid exodus of cutlery and other loose metal objects from neighboring eateries. Weeks after the initial clean up, I was still finding forks, spoons and candle holders stuck to the side of the institute. Positively, returning the dislocated items was a brilliant opportunity to get to know the institute’s neighbors (even though they never seem to stay neighbors for very long).

“Tsk, tsk,” said Dendrite, once again shaking his head. “How baffling that all those scientists working under you could fail to find a way past the shielding before now. And here I thought they must be so clever. No wonder you’re so far behind on the bioelectrics project. Not to mention the Organ Loom prototype.”

“They weren’t just sitting around while they were locked up,” I said, which was mostly another lie. “We managed to put together a full set of plans for the bioelectric device. I’ve ordered materials as well.”

“Where are you planning to test it? I’m sure those animals you call a staff have left Shockley Hall in no fit state for conducting experiments, now or in the near future.”

“Builders Square is available at the moment for outsized projects.”

Dendrite was shocked. “Out in the open where everyone can see? Are you mad?!?”

“It will suffice,” I said through gritted teeth.

“You know, I think it’s about time locating the institute in this grotty little city started to pay dividends. Get me a meeting with the mayor. Time I got that out of the way and got him in our corner.”

“I’m afraid our record here is a bit… spotty. I doubt he’ll agree to many–or any–concessions on our behalf.”

“No, you’re very pushy. And not everyone appreciates it.”

“Not ‘timid.’ Diplomatic. This facility is only here by consent of the city leaders. If they lose patience with us…”

“I do not ally myself with weaklings, Mr. Solo! The company’s interests must be served. Either find the motivation to start making things happen, or stand aside for someone who can.”

At that moment, the institute’s front portal opened and my number two, Mr. Bigby, and his fellow staffers stepped out of Shockley Hall inhaling cough-inducing lungfuls of sooty, unfiltered Babbage air while shielding their eyes from cloud-muted sunlight after months of living by gas lamps and dim electrical light.

“Mr. Bigby,” I shouted, “take everyone across to the Muirsheen Dirkin. Take them to the after dinner lounge and have whoever is there bring out a buffet. Charge it to SIMCo.”

“You are far too generous with those dullards,” said Lord Vykus. “They’re your subordinates, not your friends. Most unwise to get personally involved with them.”

One of Dendrite’s brawny, blond workmen, clad in the heavy duty blue uniform of a SIMCo field technician, trotted over to where we were standing, leaned over and spoke into Dendrite’s ear. “Operation is complete,” he said, “the institute’s security shield has been reset. Will we be returning to London tonight, or shall I get us a room at the hotel, cuddle buns?”

The workman’s boss was about to answer when, with a look of alarm, he realized I had overheard. It was finally my turn to sneer at Mr/Lord/Dr/Professor Dendrite and mutter, “Idiot.”

“Oh, look” said Mr. Bigby who had bent over to retrieve something from the gutter. “Found a fork!”