The tartans were selected by popular vote from a field of 27 during the 2009 Oiling Festival. There were so many entries in the competition that it was decided to select a formal and an informal tartan. 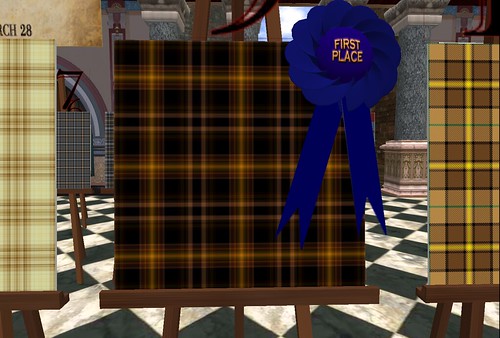 Three tartans were selected as informal fabrics, as Mayor Tenk spent the contest evening forcibly dragging citizens to the voting booth in an futile attempt to break a three way tie. 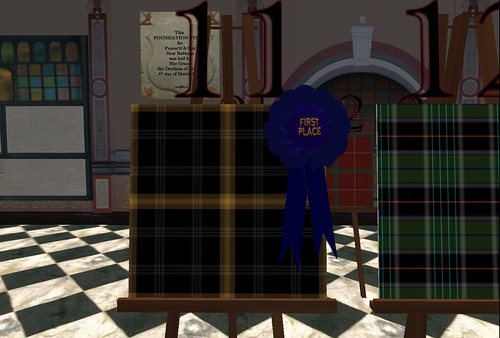 The soot tartan was woven my Miss Tanarian Davies, which she called “Brass and Iron.” Inspired by several tartans of note (Cameron, Crawford, Gunn, MacIain, MacKay, MacKeane, MacLeod of Lewis, MacPherson Dress, MacQueen), this sett weaves together New Babbage’s favorite building materials in a pattern as strong as the city. 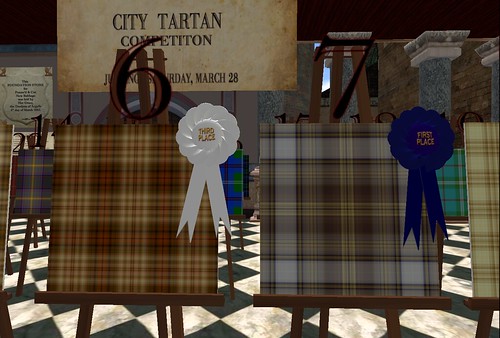 The brass and fog tartans were woven by Miss Roswenthe Aluveaux. The fog tartan is most likely a corruption of a pirate chest.