The martian invasion began when a meteor struck Tomonah Hall in the Iron Bay district. Crablike constructs soon appeared and began building a nest in the crater. Within a few days giant walkers were patrolling the city armed with heat rays and threatening citizens. Meanwhile, the newly elected mayor Mosseveno Tenk developed a drinking problem. One evening he dragged a milk churn to the sight of the nest to settle in for a night of drinking. The walkers accidently kicked over the churns as he brought them, so the annoyed mayor brought another churn, and another until he could drink in peace. By morning, the creatures were all dead. 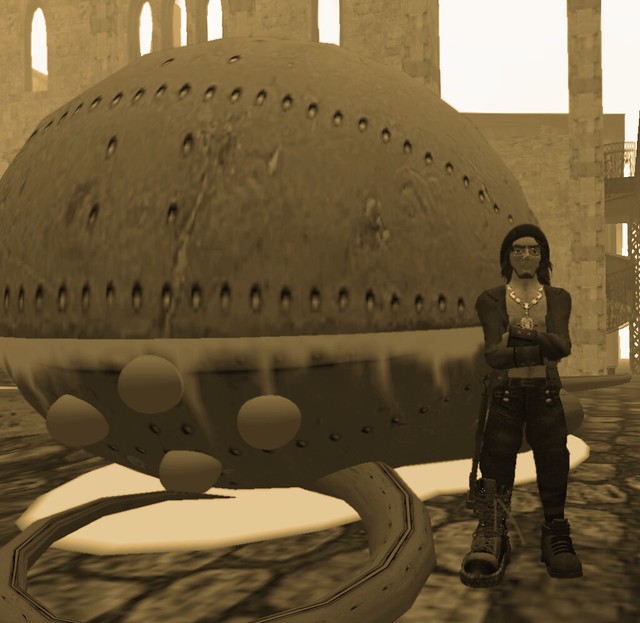 An eyewitness account was recorded by Victoriana reporter Alexxandria MacLagen

End of the martians

A martian war memorial was built during Clockhaven sandbox week by Kaylee Frye, which featured a walker and a trio of giant milk churns on a hypnotronic rotating stage. 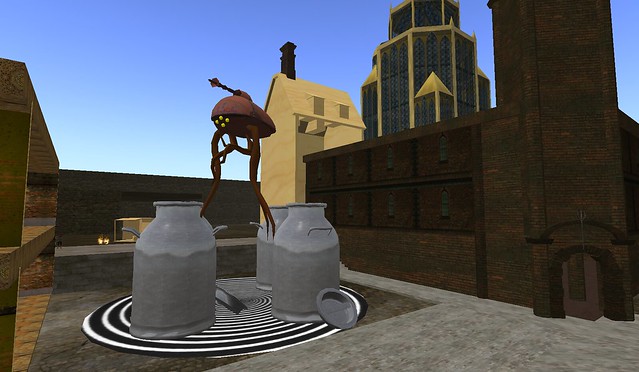