Most recent revision is shown below, by Archibald MacBain. 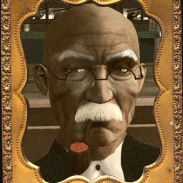 === Early Life ===
MacBain was born in Mayfair to Robert Everett MacBain (a property manager) and Anna Edith née Fleming (a school teacher) on July 15, 1810. Archibald’s family was middle class until his father saved the life of Edward Baird and his family by pushing them out of the way of an uncontrolled carriage. Robert sustained a debilitating injury (the loss of his leg), but was given a position as Edward Baird’s live-in assistant. The two families became fast and inseparable friends.

===Education===
Archibald was educated primarily by his own mother Anna until he was old enough to attend Eton. He remained there until moving on to Cambridge University, where he became interested in anthropology. A very quick learner, he soon found himself going on summer expeditions with his professors, where he had many adventures.

===Marriage===
When his mother passed away, Archibald, who was 29 years old, met Amelia Rose Baird, who was 19 years old, at the funeral. The two began a year long courtship, while Archibald finished school, and the two were wed. Archibald and Amelia traveled the world on their own adventures, but never had children due to Amelia’s illness as a child. They were married for ten years before Amelia and Archibald’s father were killed when a bridge they were traveling on collapsed.

===The Later Years===
Archibald took it upon himself to care for now elderly Edward Baird. After a number of years, both Edward and his wife Elaine passed away, peacefully, in their sleep. Baird left his entire estate to Archibald, who promptly gave its care over to the servants and their families. Archibald then took his inheritance from both of his fathers and started traveling the world. Many more adventures were to be had on the very long road that eventually led him to New Babbage.