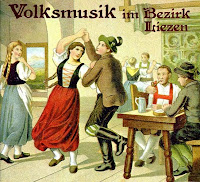 To listen to Radio Riel Volksmusik:

In honor of today’s launch, Otenth Paderborn will play a special live Volksmusik program from 6:00pm – 7:00pm SLT on both Radio Riel Main Stream and Radio Riel Volksmusik.  If you are in Second Life, please join us at The Edison Ballroom in New Toulouse Bourbon (http://slurl.com/secondlife/New%20Toulouse%20Bourbon/166/133/27) for the party, or you can tune in on either of the simulcasting stations, Main or Volksmusik.

Don’t forget all of the other wonderful Radio Riel music streams that are available for your enjoyment!

Radio Riel New Toulouse
– features the music of New Orleans and Jazz. Tune in and you will
hear: Ragtime, Early and Later Jazz, Blues, Big Band, Cajun and Zydeco.