Night out of the museum

Spotted a strange (boy is she ever strange) girl this morning apparently after she hijacked one of the misplaced museum exhibits for a joyride around town accompanied by a familiar looking little… plant..? 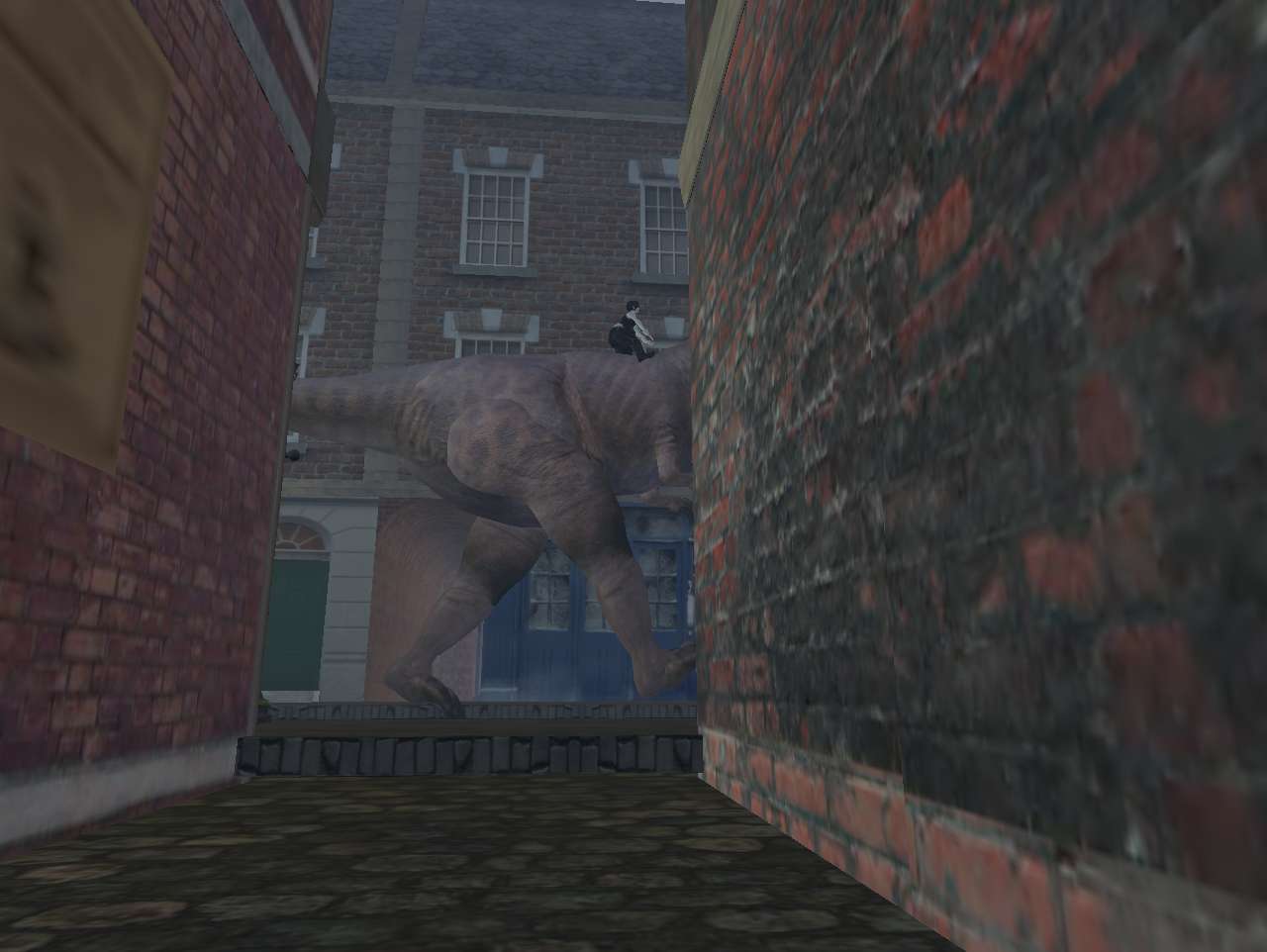 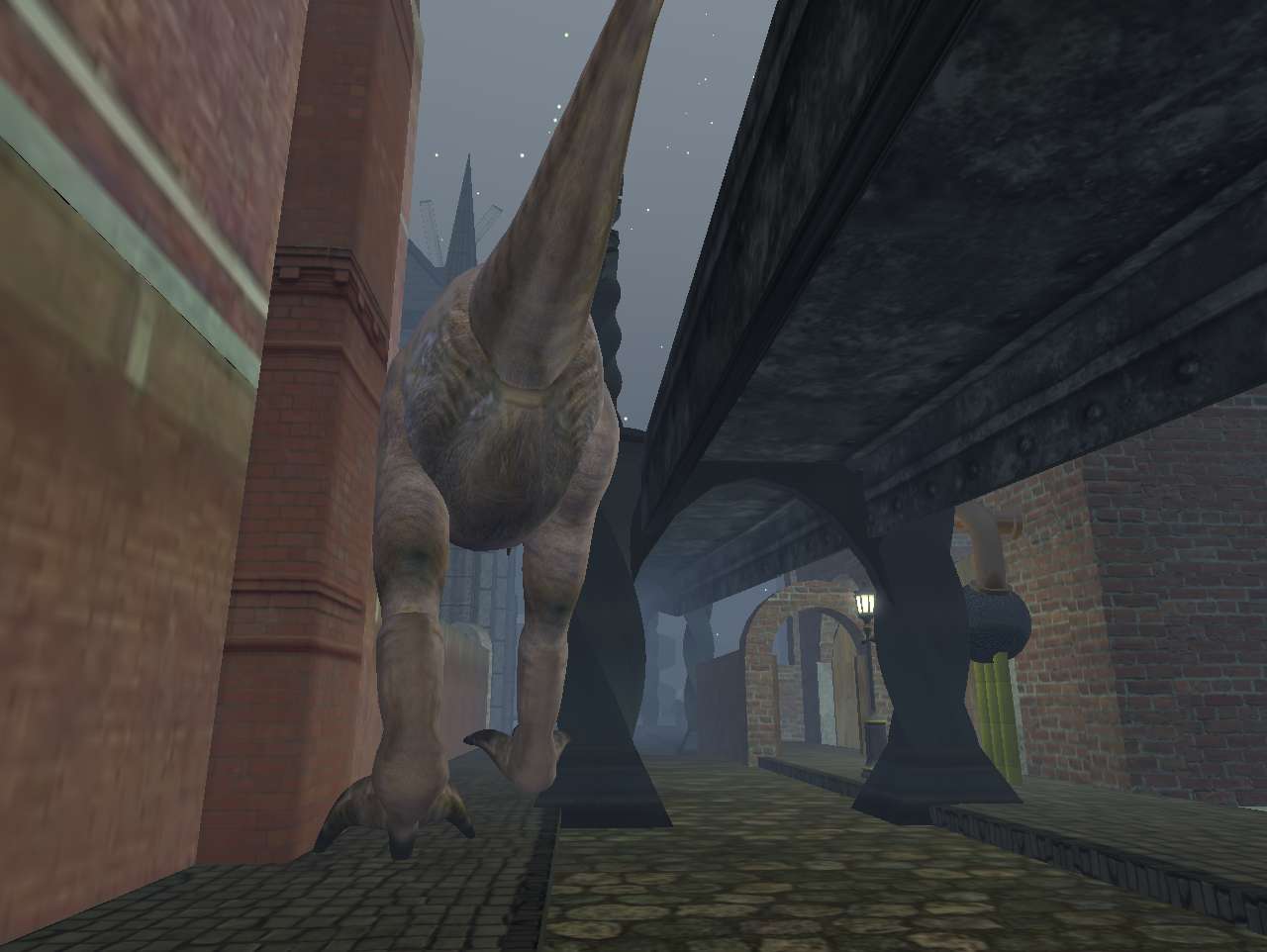 He must have needed a bit of medical care after that, he made a run by of the hospital 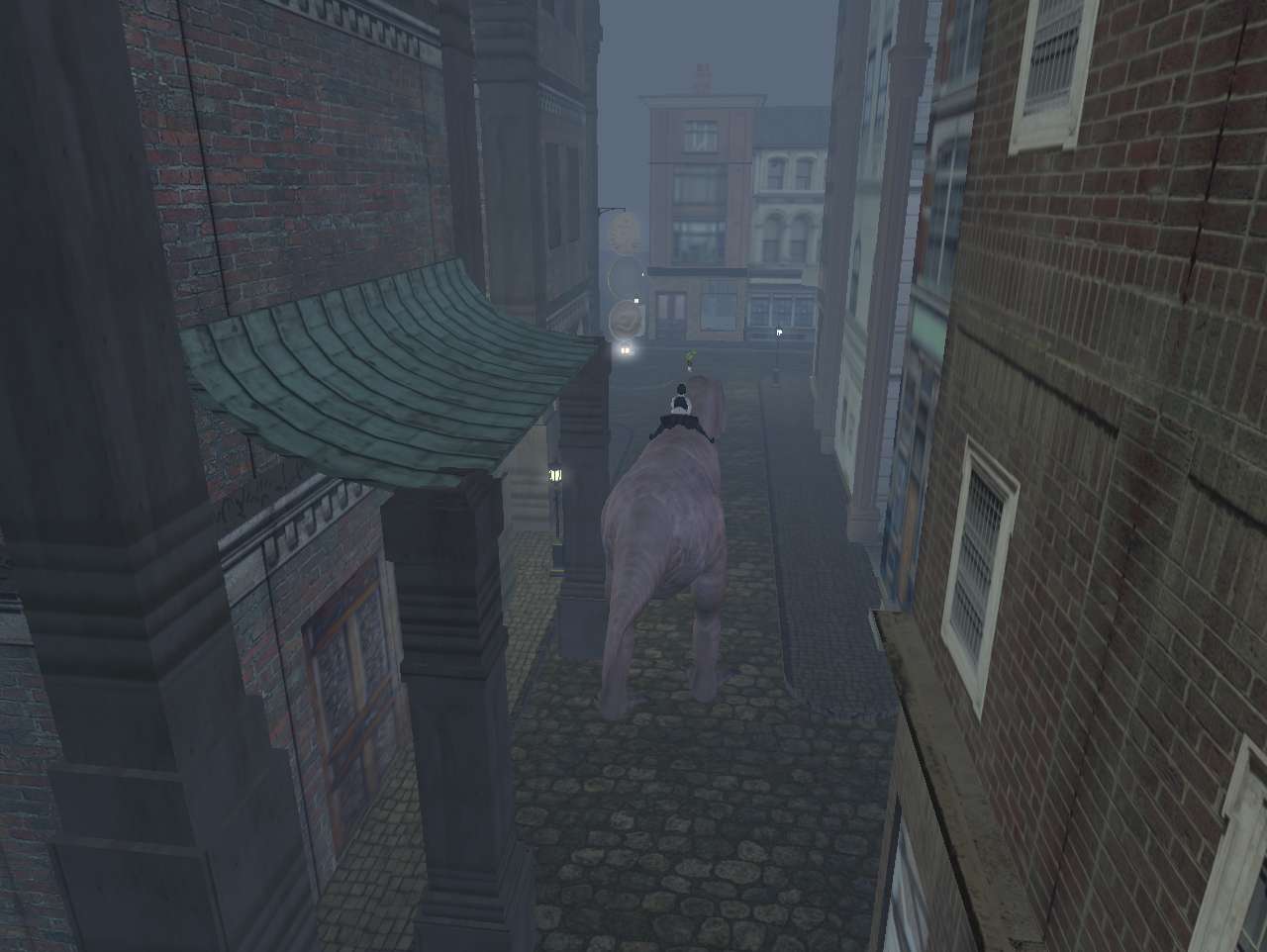 He seemed justifiably leery of archways and passages after that. 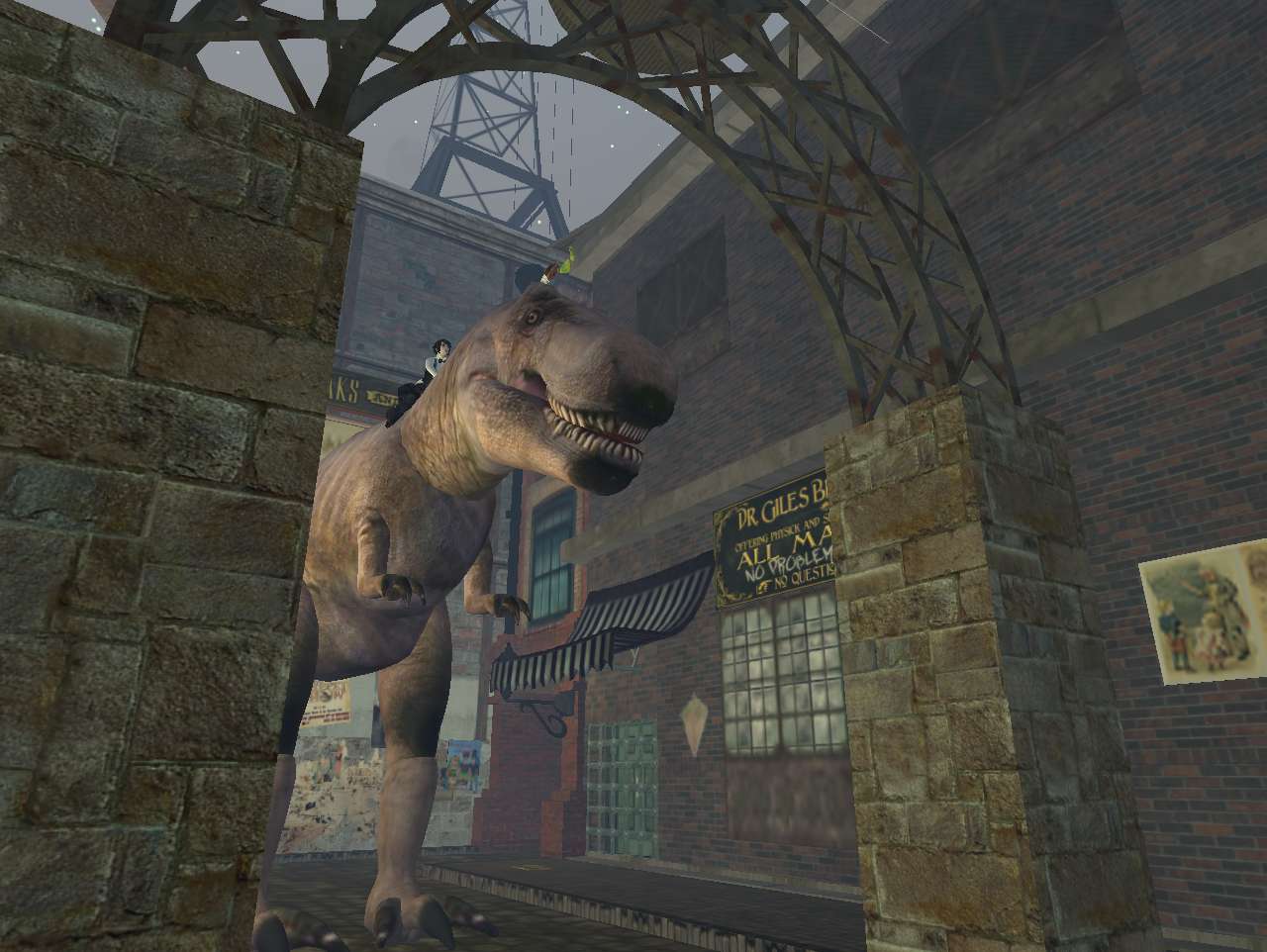 A better look at the tyrannohijackers 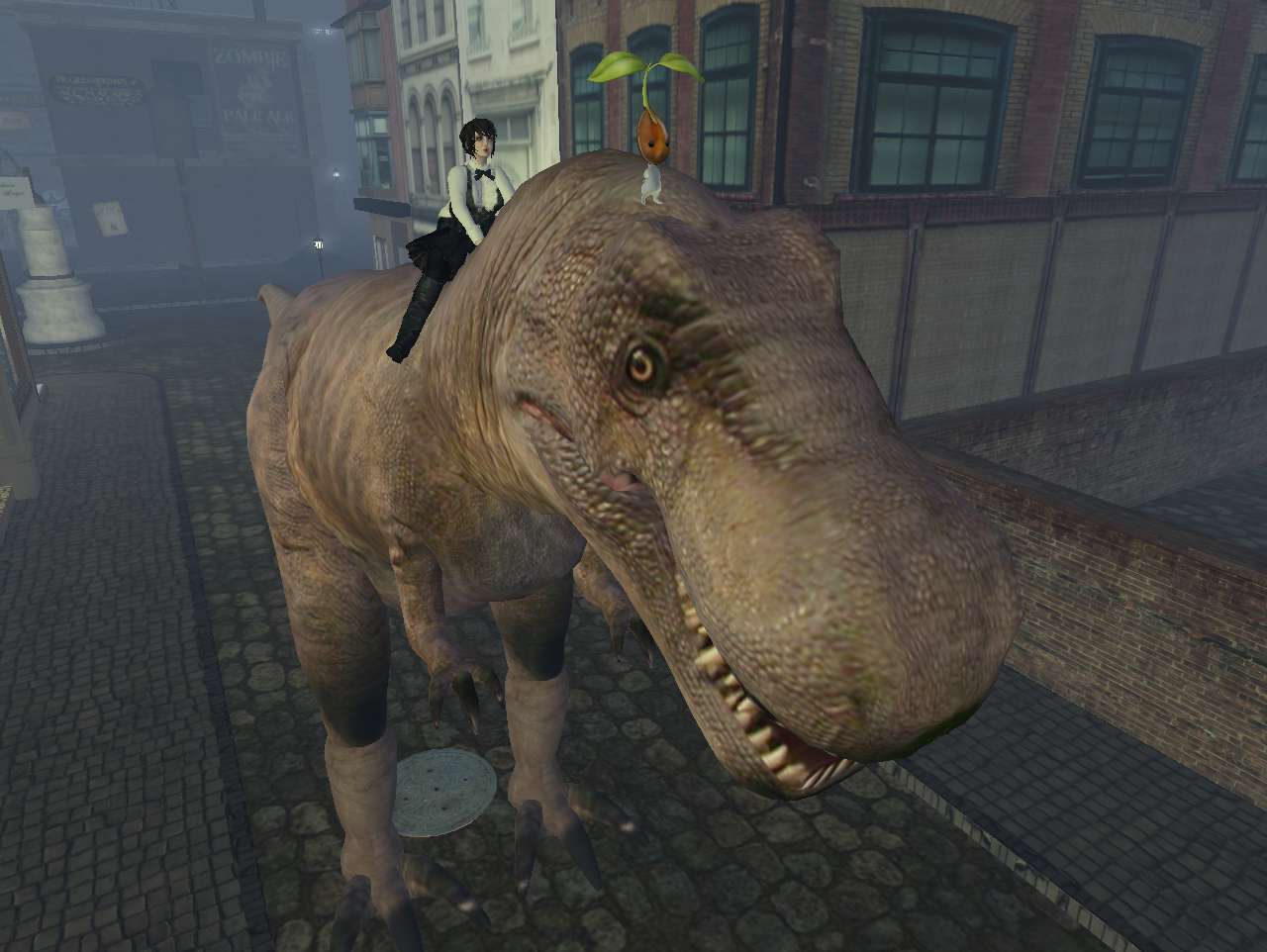 Afterwards, he seemed to seek out Mr. Pearse’s store for some odd reason… 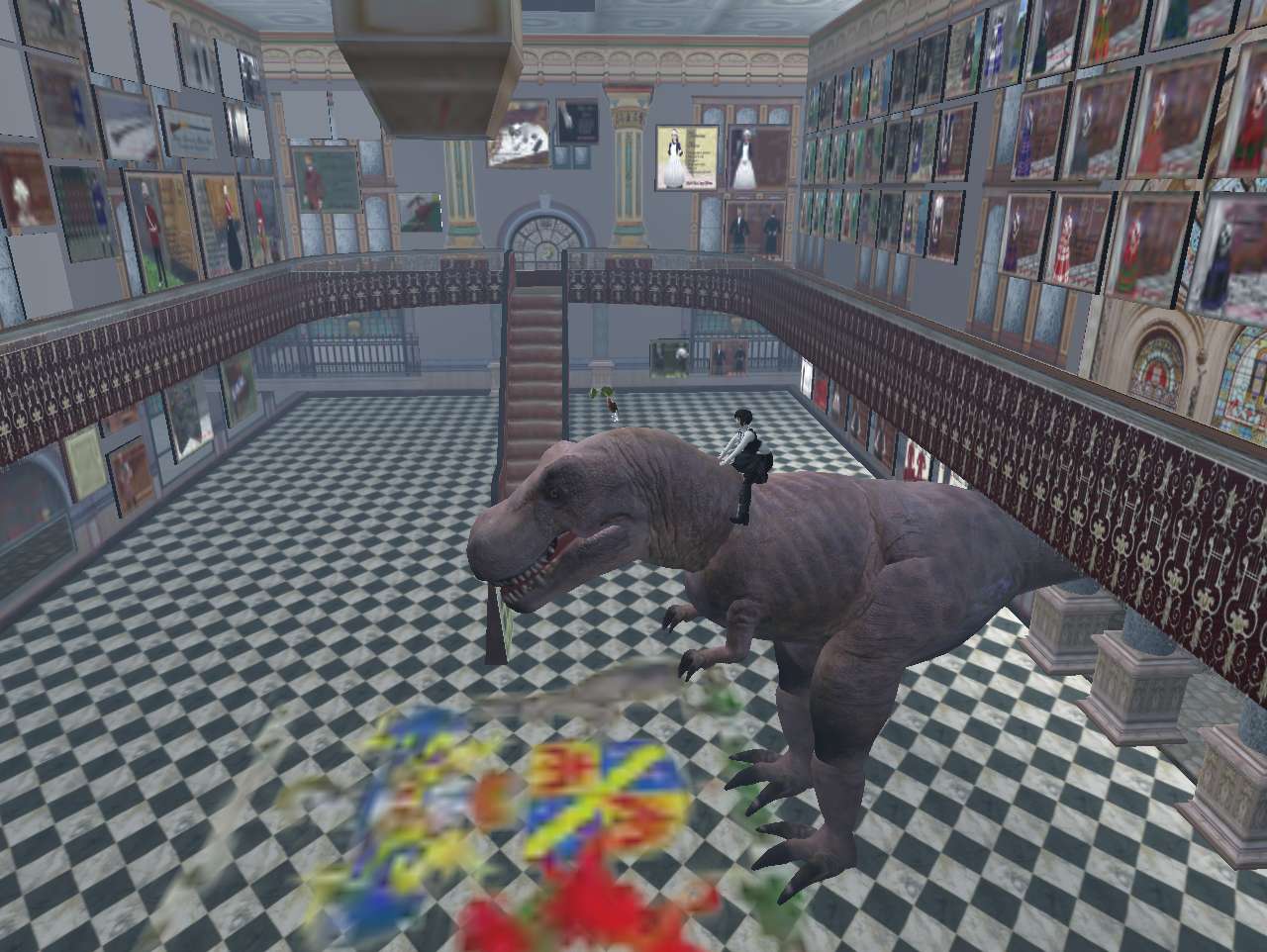 That’s got to be an awkward step 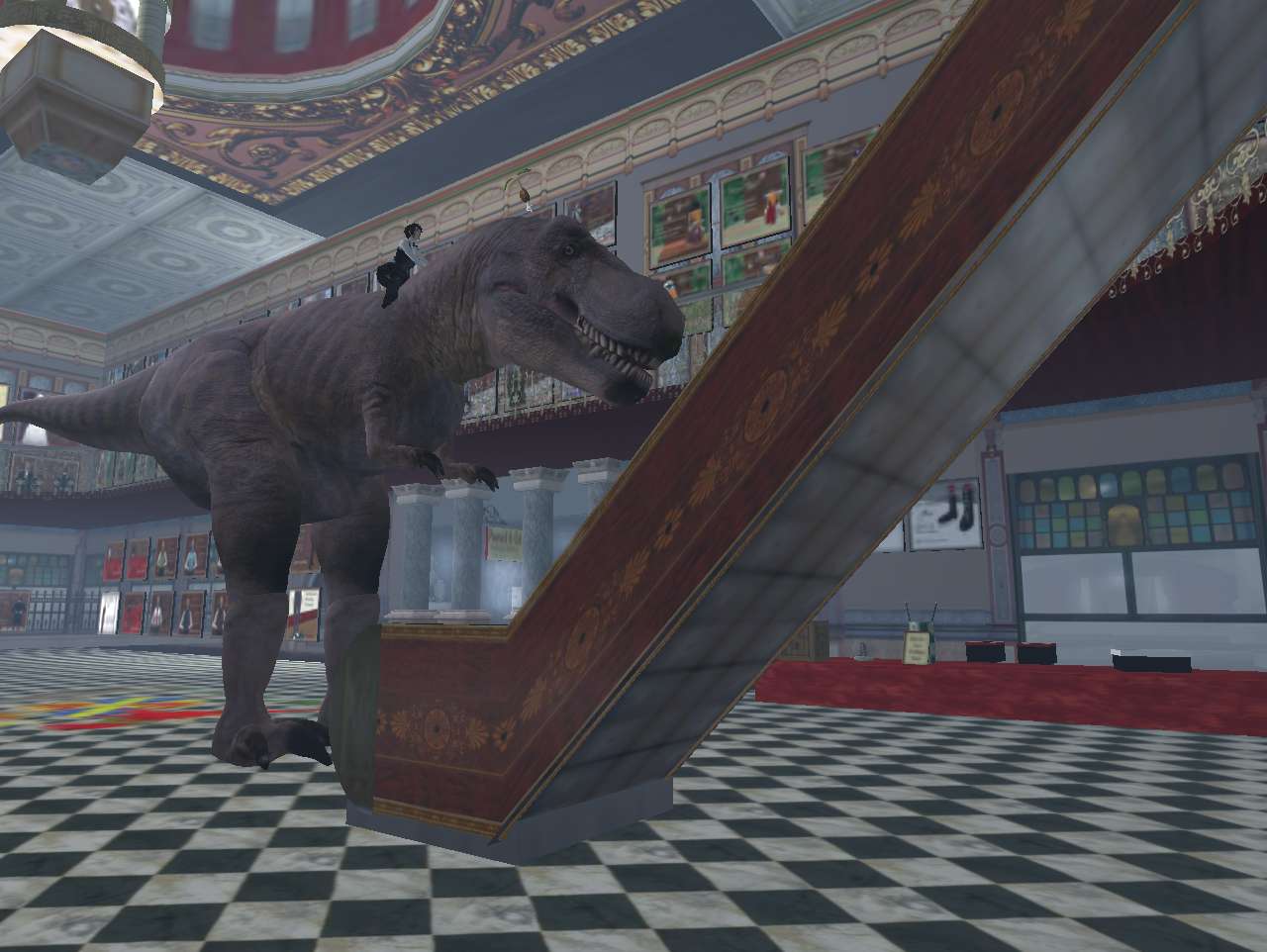 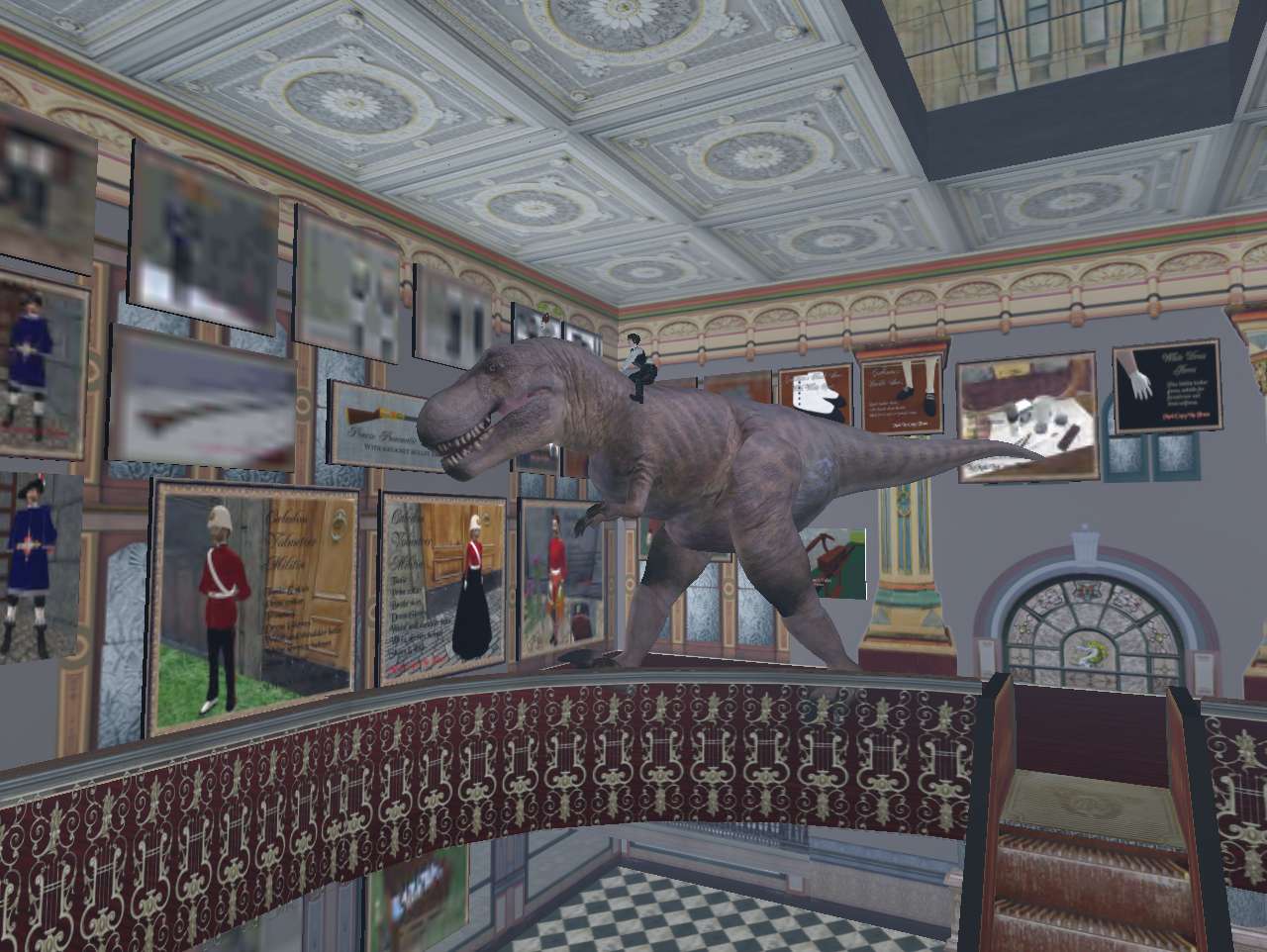 But after a morning of shopping and stomping Mr. Pearse’s shrubbery… what does a dino have left to do in the big city? 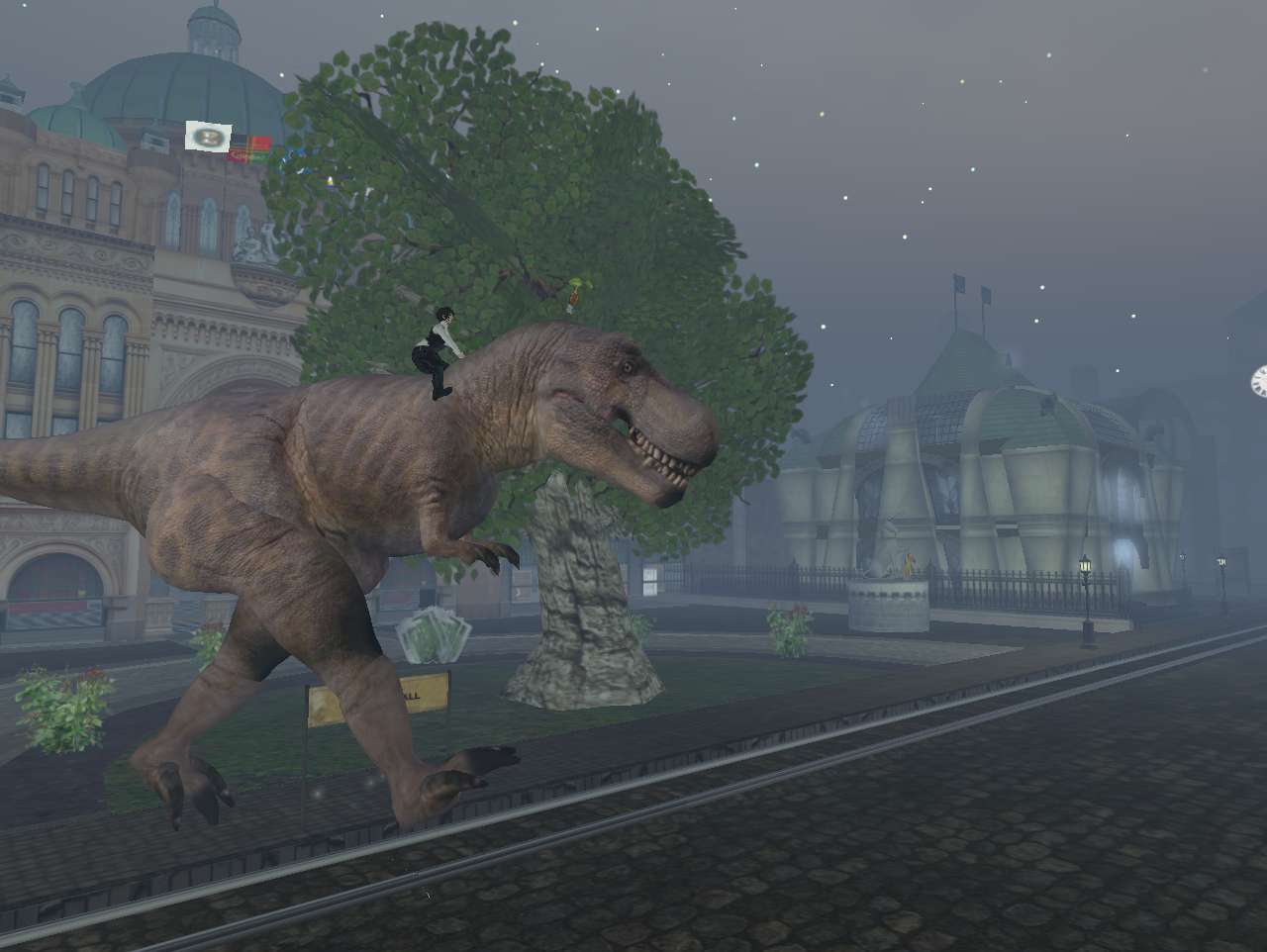 End it with a stop at the opera house of course! 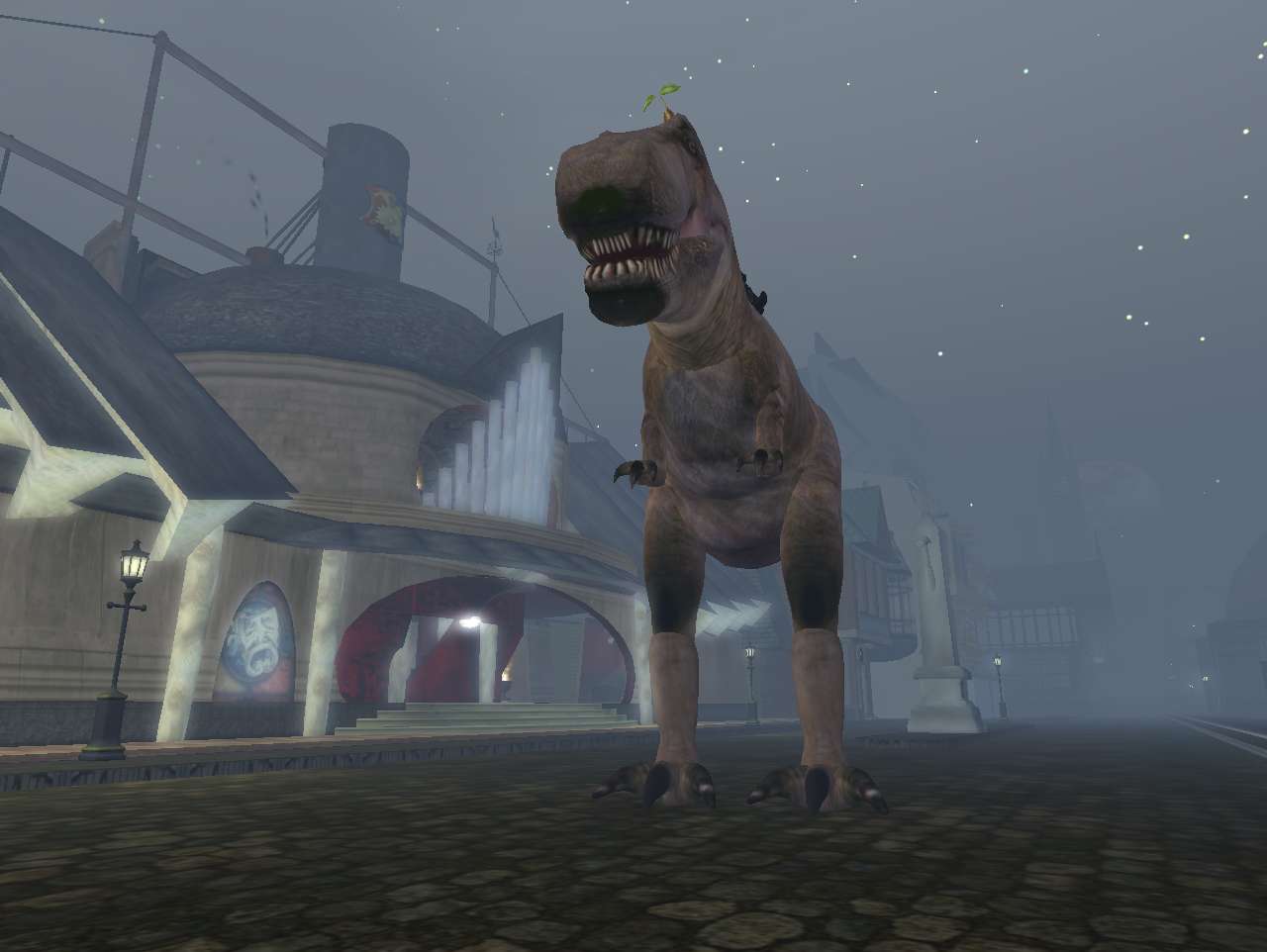