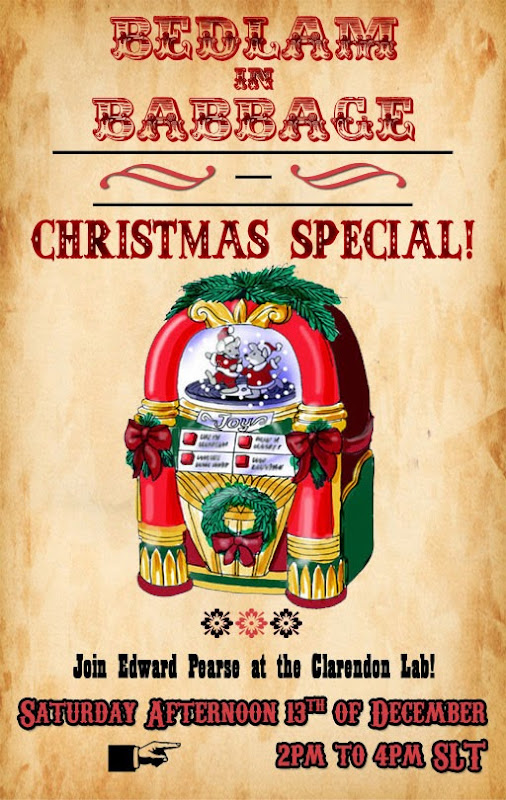 It’s that time of year again: chipmunks roasting on an open fire, fake snow stapled to roofs in California, UK Christmas specials on the TV which the reast of the world won’t see because their local station still hasn’t begun broadcasting the start of the season (I’m looking at you Downton Abbey).

And traditional music playlists that haven’t been updated since the 80s get hauled out of storage and onto the airwaves.

At least I will try and find a few things you probably won’t hear on the radio this year.

Join Edward Pearse at the Clarendon for the annual festive assault on the ears or tune it to http://steampunk.radioriel.org

Bring lots of Christmas spirit. Double eggnong for me.