“Do you have an appointment?” Fanny Buxombottom eyed Thomas and his Thark companion with a look that did little to conceal her distaste. As a diligent civic employee, the conscientious administrative assistant had arrived at the Gangplank at her usual time, just before six, to discover the receiving area inconveniently crowded with unexpected complications. “Mr. Underby does not accommodate unsolicited petitioners without an appointment,” she stated, and though she focused her gaze upon the Thark, she continued to address the imposing Prince of the Dunsany. “And please, tell your associate an undersized loincloth is not appropriate attire for a meeting with the Personal Assistant to the Mayor. No shirt, no shoes, no service.”

“Unless you are an urchin,” Emerson added. He shook his head as if he were clearing water from his ear. “Does anyone else hear that buzzing?”

“My dear,” Thomas sighed. “I am here to report the imminent annihilation of this city.”

Ms. Buxombottom shifted her glare from the Thark to the Prince, her eyes magnified behind her glasses. After a moment she turned with an audible huff, strode to a file cabinet beside Mr. Underby’s desk, removed a sheet of paper from the top drawer titled Declaration of Impending Doom, and returned to face the Dunsany leader. “Please fill out this form detailing the nature of your concerns. It is double sided. Do not forget to sign and date both sides…wait…” she paused, finger raised to request silence. “What in the name of the Builder is that incessant hum?” 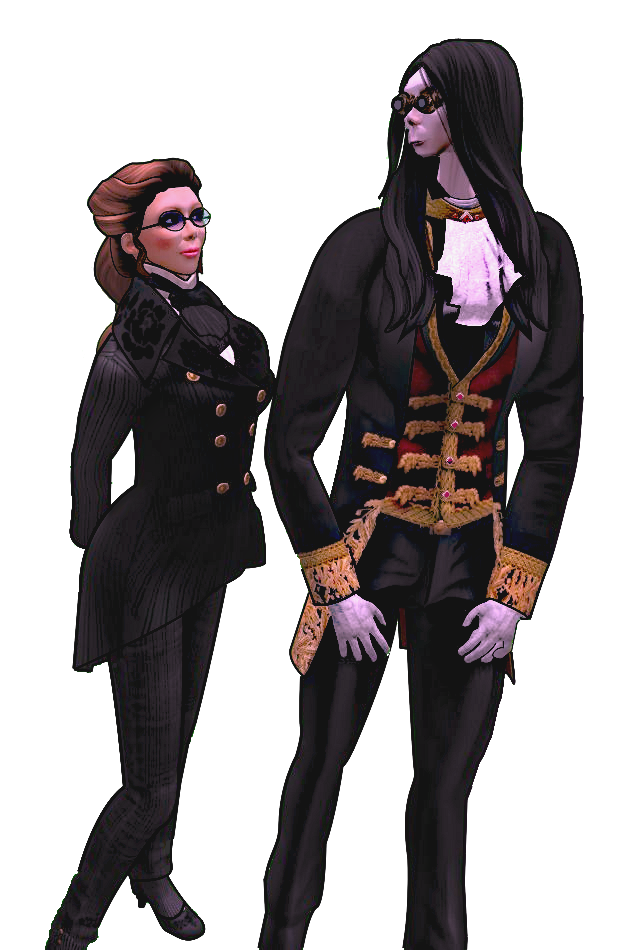 “It is coming for this,” The Thark surprised them by speaking up for the first time since arriving with the Prince. He pointed both right index fingers to an elaborate bracelet on his lower left arm, containing no less than a dozen colourful stones. “This once belonged to the Martian princess—and evil warlord—Dejah Thoris. My name is Tars Tarkis and I was her personal guard.”

“You couldn’t have been a very good guard,” said Petra. “Seein’ as how the Princess was croaked on your watch.”

The Thark regarded Petra for a moment then offered her a conciliatory nod. He removed the bracelet from his wrist and held it so the others might better see it. “What appears a simple bracelet is far more than just a trinket.”

“I’ll say it is,” Emerson whistled, reaching out his hand as though he wanted to to touch it.

The Thark took a deep breath as though his explanation were about to be long-winded; “This was taken from the Princess’s body just—”

“My giant green friend,” the Count held up his hand. “Nobody here is going to question you as to how you came to acquire such a magnificent piece. We are simply here to help.” He paused to let that last word sink in. “I have a friend in the west end who can appraise that for you. You can trust me with it.” Nothing could have looked more sincere than the Count’s smile as he held out his hand.

“Actually, I think my guy is closer,” said Emerson, holding out his hand as well. “May I?”

“Don’t listen to them,” said Fanny Buxombottom, reaching out and taking the bracelet before the Thark could resist. “Thank you, Tars.” she said in a much gentler tone.

The former royal guard looked as though he might grab the bracelet back but then relented with a warning. “Be careful. Do not twist any of the gems from their current orientation or it will alert any listeners that we are here. That bracelet is a direct link to the planet Barsoom. For four years this green stone has indicated an incoming call. I have ignored it. Two days ago the yellow stone began to glow.”

After close scrutiny, studying how the gems were affixed in their settings, Fanny handed the bracelet to Emerson, who had been tapping incessantly on her arm from the moment she’d taken possession of it. “What do you suppose the yellow gemstone means?”

“What it means…” Tars Tarkis glanced over to Prince Thomas; after a moment the Prince nodded and the Thark spoke; “It means the beacon has been activated, the bracelet is acting as a homing signal providing the invasion with a target for which to aim.”

“Let me put it a little more bluntly,”  said Prince Thomas. “At some time tomorrow morning, Mars will attack!”

“You hear that?” Cleetus, having removed his mask, looked about smugly. “What’d I tell you?”

“You know, this bracelet is a little like one of those kids puzzles where you have to line up all the same colours in the same order,” said Emerson, who’d long since lost track of the conversation. He held up the bracelet to reveal he’d aligned all the red stones. “Hey, why does everyone look so serious?”

It was then that the faint but ubiquitous hum ceased to sound. The silence was profound. One by one, the five red stones began to glow. The Thark’s eyes grew wide. “YOU FOOL!” he raised all four arms and shook them in wild frustration. “DO YOU REALIZE WHAT YOU HAVE DONE?!?”

The bridge of the Martian warship was dark, save for the glow from an array of tubes that shone with a swirl of pinks and blues. Suddenly one of the tubes began to blink; four blinks of a second each, with the fourth blink being held for several seconds, giving the impression it would remain lit; and then out it went and the cycle repeated. As the tube continued to blink its patterned sequence, the softer colours gave way to a deep shade of red. The attendant responsible for monitoring the tubes turned to the Jeddak. “Sir?”

“I see it.” said the Jeddak, watching the  blinking light. “Dejah Thoris has just engaged the emergency destruction sequence. Only she knew the code. Energize the ray-gun. A single bolt on the maximum setting ought to be sufficient to vapourize whatever is threatening her down there. I hope she remembers to run.”