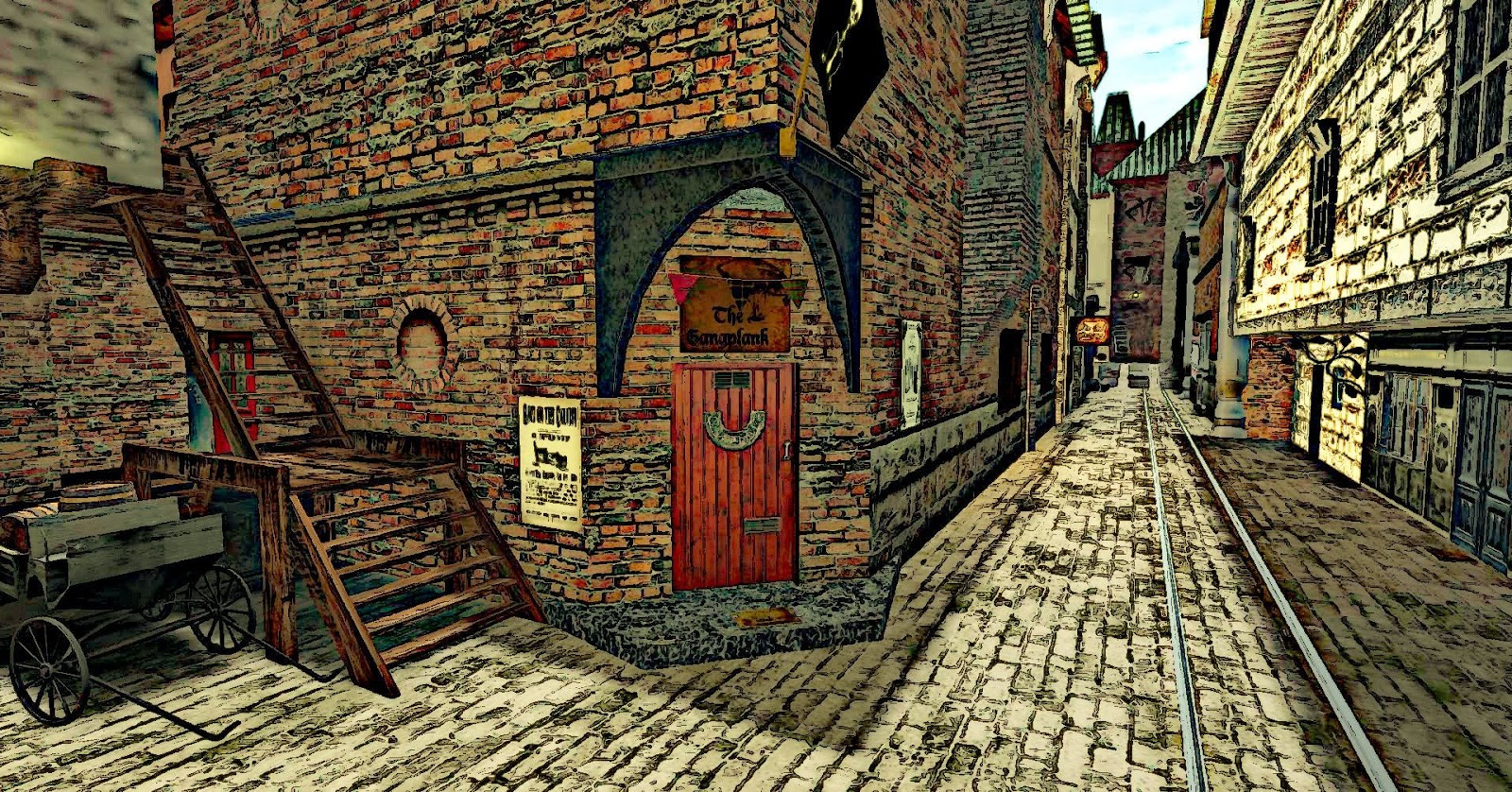 “At least the humming stopped,” Emerson shrugged. He glanced about at the others, gathered near the entrance to the bakery. They seemed alarmed by the Thark’s agitation.  “What the…” a sudden tingling in his hand drew his attention back to the bracelet. “Hey, what’s happening to the gemstones?” he raised the bracelet aloft so the others could see how one by one the gemstones began to glow with a luminous intensity.”

“That not so random pattern you fashioned with the gemstones activated a powerful signal that sent a message to the approaching warship. A distress call requesting the immediate destruction. They will target the point of transmission and nearby surrounds. The active glow from those gemstones indicates that the Tyrant of Mars, has energized his transaetheric cosmic death ray.”

Emerson looked over toward Count Bologna with his head cocked and brow knitted, as though puzzling over a particularly stubborn crossword. “Is he speaking Earthling, because I have no idea what he is saying.”

“Quite understandable, my friend,” the Count nodded. “It is late and you have had too much to drink. Not to worry, he is talking mumbo jumbo. On a related matter, it is my professional opinion that you are clearly not competent. However fortune smiles upon you as I am here to serve you, I will  act as your agent.” The Count held out his hand. “Let me hold the bracelet.”

“YOU IDIOT!” the Squire glared at Emerson, his eyes looked as though they might pop right off the front of his face, he was so mad. “YOU’VE REALLY GONE AND DONE IT THIS TIME. YOU ARE ABOUT TO BE RESPONSIBLE FOR THE COMPLETE AND UTTER ANNIHILATION OF MY BAR!”

“The young man is correct,” the Thark nodded. “When the glow from the gems suddenly dims, we will know they have shot-off a high energy galvanic death bolt that will vapourize this structure in which we now converse.”

“They’re going to vapourize the Gangplank?” Emerson spoke as though just now waking from a dream. As if to answer his query, the gemstones suddenly ceased to glow.

Thomas looked at his Thark companion. “How long?”

“Assuming they have already traversed half the distance from Barsoom, roughly ninety seconds.”

“Hold on, everybody,” Emerson panted after making it about fifty yards along Prince Dakkar Blvd before gasping and bending double, his elbow braced against his knee. “I haven’t run so far or so fast since grade school.”

“Your lung capacity would probably improve if you didn’t smoke so much,” said Fanny Buxombottom.

“Stop talking nonsense,” said Emerson. “I could vomit at any second; don’t make this moment any more unbearable with unsolicited medical advice.”

A flash of light, so blinding the universe was reduced to nothing but an intense whiteness everywhere one looked.

An explosive burst was followed by the frizzle, snap and hiss, from an excess of highly charged galvanic energy. The world, choking with dust, seemed devoid of colour; a high, whiny buzz, like a room filled with angry mosquitoes,  could be heard above the sound of falling water. As the breeze swirled  and the debris and dust began to settle it was clear that the Gangplank was gone.

Emerson walked to the crater’s edge, his gait heavy with the weight of disbelief; he looked over the rim. The hole was deep, so deep in fact he couldn’t yet see to the bottom for all the dust still clouding the air.

“The energy bolt must have broken through to the catacombs,” said the Squire, joining Emerson at side of the crater.

“Unless we come up with a plan,” said Prince Thomas, “this is only the beginning.”

Emerson looked at the bracelet he still clutched in his hand. “Oh, I have a plan.” He closed his fist about the bracelet. “Follow me!” he called. “We shall convene in Wheatstone for the first official meeting of the New Babbage League of Extraordinary Avengers for Justice.”