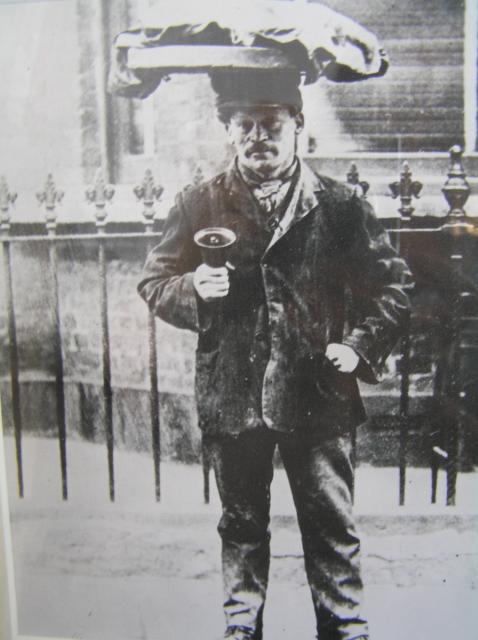 “The muffin man, who traditionally bore his ware on his head, and the
signal of his approach – the ringing of a handbell – was on of the most
joyous sounds in a Victorian childhood, continued in business until the
Second World War.”

´Peoples likes them warm, sir.´ an old man told him, ´To satisfy them
they´re fresh, and they almost always are fresh; but it can’t matter so
much about their being warm, as they have to be toasted again. I only
wish good butter was a sight cheaper, and that would make them go.
Butter’s half the battle.’