Breakfast in Babbage: The 80s! 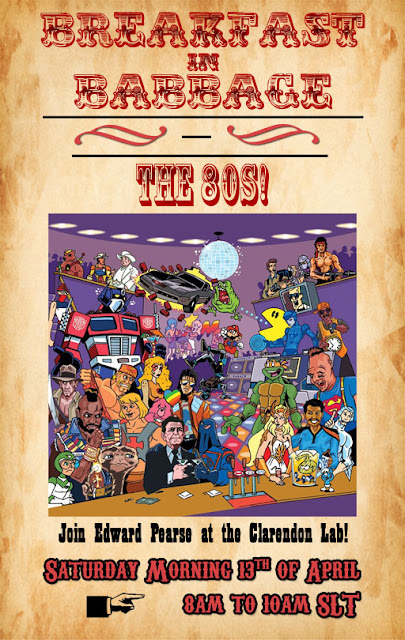 It’s Breakfast time again and we’re looking at the 80s!

No, not the 1880s, but the 1980s: the decade when disco and flairs were out and perms and shoulderpads were in. Back when Transformers were still cool, Deloreans were the choice of time vehicle and Michael Jackson was black.

Join Edward Pearse at The Clarendon for 2 hours of novelty and nostalgia.